Back to my celebration of the work of Basil Wolverton (see last weeks posts) in honor of my "Bitchin'!", "Boss!", "Cool!" acquisition of a Basil Wolverton Zippo, we come to 1946 and a storyline in Al Capp's "Li'l Abner" comic strip. 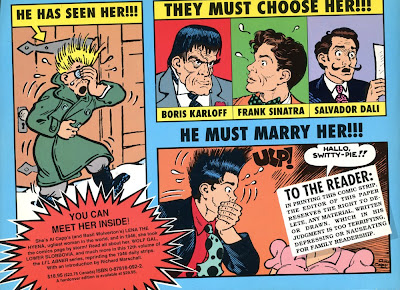 The most hideously ugly woman (person?) ever born, Lena the Hyena was bound for Dogpatch to join in the Sadie Hawins Day race and pledged to nab Abner for her very own betrothed. For those not familiar with the strips Sadie Hawkins Day other than your own Jr. High School memories of a dance where the girls ask the guys, this is where the tradition began. Annually the women of Dogpatch would chase the men of Dogpatch from sun up to sun down or until the femme's caught the mook o' their dreams to be hitched by Marryin' Sam. The men of Dogpath loathed to think of becoming husbands, not just because most of the women are as hard to look at there as the men are, but because being married meant doing chores instead of loafing all day. Now of course any one of them would have been happy to have been nabbed by Daisy Mae, but she only has eyes for our Abner...but in 1946, so did Lena.

The citizens of the world clamoured to see what Lena looked like, but that would have been too horrid for a family newspaper, said Capp, and so the cartoonist placed a cartoonist into the role of doing the dirty work. None other than Lester Gooch, Al Capp's parody of Chester Gould and artist of Li'l Abner's "ideal", Fearless Fosdick, would be Capp's way out. But even the fictional Gooch had trouble, so to build the suspense and add even more audience involvement, Capp held a contest for the readers to draw the face of Lena the Hyena.

It becomes even more convoluted (and downright fun) as Al Capp's reader contest for his strip is parodied in the strip inside the strip. Gooch has a contest as well and the judges of the most horrid Lena the Hyena picture are Capp's caricatures of Frank Sinatra, Boris Karloff and Salvidor Dali. If your mind isn't twisted enough by this point, supposedly the real Sinatra, Karloff and Dali were the actual judges for Capp!

The winner of the contest was Basil Wolverton. How's that for a roundabout story?

I was going to scan the entire storyline here, but Capp's stories are wonderfully long and rich and I'd be posting almost a years worth. Hemmm, would this be something you blog readers would like at some point? I'd love to re-read some of these and I have access to complete runs of "Li'l Abner" and "Thimble (that's Popeye to you) Theatre" as well as big chunks of "Little Orphan Annie", "Dick Tracy", "Wash Tubbs and Captain Easy", "Krazy Kat" and a slew of others. Let me know and I'll be sure and give it a shot. Hell, I might anyway.

Here's a nice article by Dave Schriener from the forward to Kitchen Sink Press' "Li'l Aber" vol. 12 that focuses of Basil Wolverton. Enjoy! 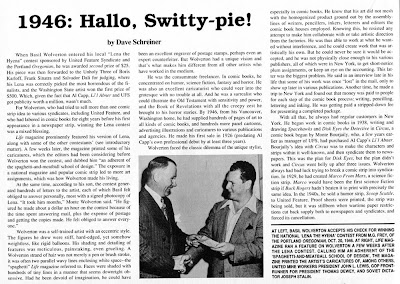 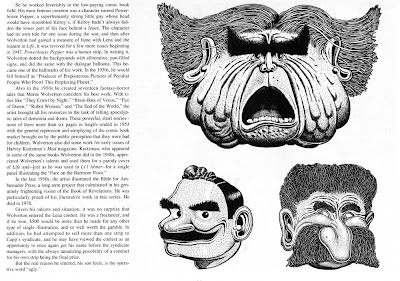 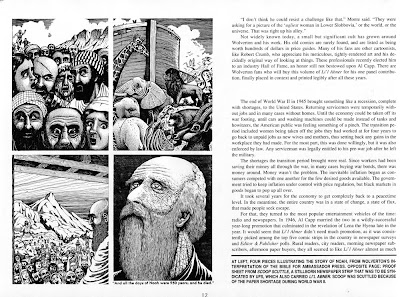 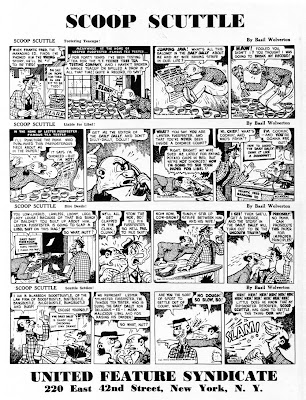 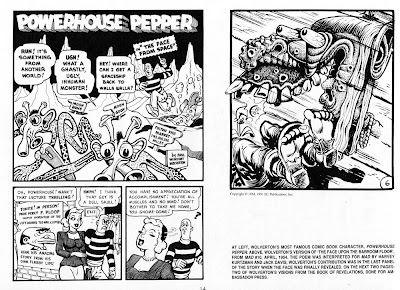 More of Wolverton in "Mad" tomorrow...back to the article... 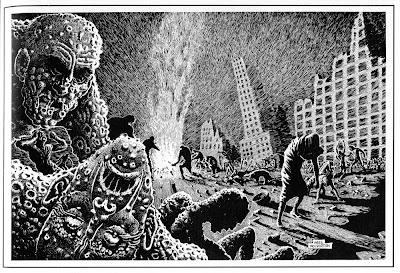 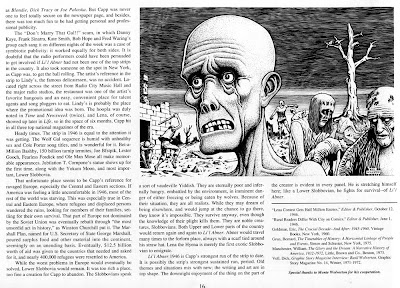 Here's a little gallery of the some of the runner's up, also from the same source. 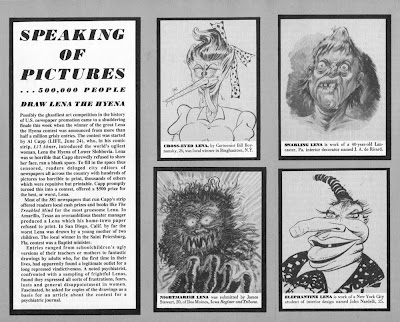 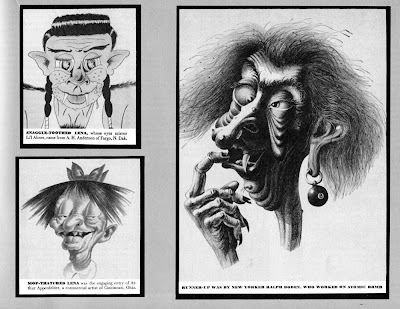 And finally, here's the now infamous strip with Basil's rendition of Lena the Hyena from October 21, 1946.

Li'l Abner is my all-time favorite comic. This was one of the best stories. The Abner/Daisy marriage was pretty funny too. And all the Fearless Fosdick. Dagnabbit! Everything was good!

Yes indeedy it was. Took me years of on-again, off-again collecting to nab all of the Kitchen Sink reprints, and I loved every one of them!

Me too. I got all the Kitchen Sink reprinted dailies. I wish they stayed in business long enough to finish that series.