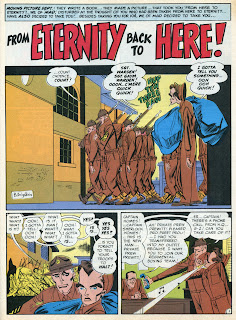 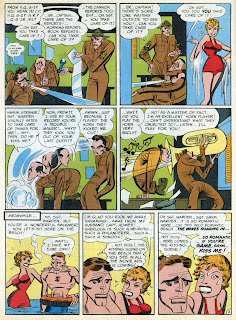 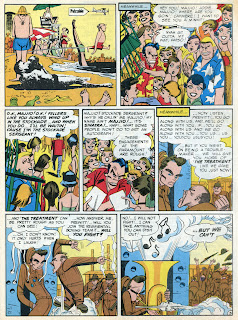 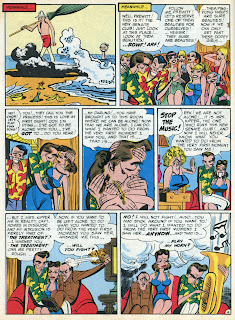 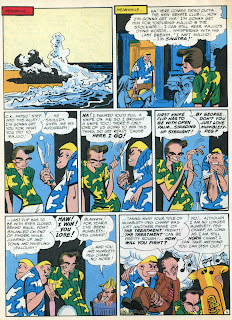 Happy post Thanksgiving Feast Day Sunday, everyone.  I hope you all ate your fill and gave your fill of thanks.  Now that you've made a good dent in the left-overs, here's some tasty four color fun to peruse over your turkey hash.  Another double dose of comedy, intrigue and adventure courtesy of Al Capp, Milton Caniff and Frank Frazetta with every one's favorites, "Li'l Abner" and "Terry & the Pirates"! 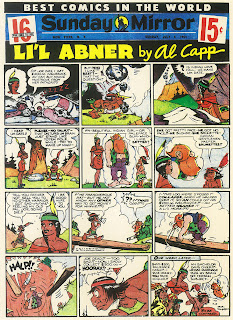 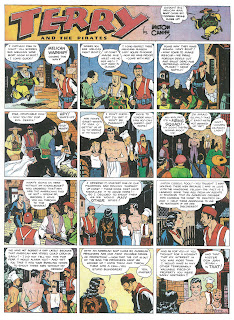 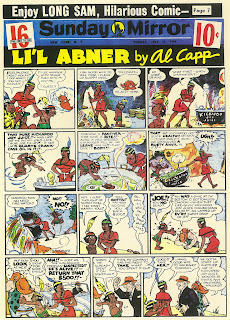 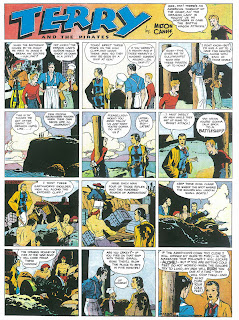 Talk to you soon!
Posted by Unca Jeffy at 7:28 AM No comments:

﻿Mad Monday and keeping in chronological order, we should be wrapping up 1954's Mad THE COMIC BOOK #11, the final story therein being Harvey Kurtzman and Bill Elder's take on Jack Webb's iconic OldTime Radio program "Dragnet".  I've already posted that story however, back here.  Check it out, it's pretty awesome.

After checking that out though, we forge headlong into issue 12 and apparently we're getting into "Seduction of the Innocent" time, as even the cover takes note of the general public's disdain for the low, low cultural significance of the low, low comic book... 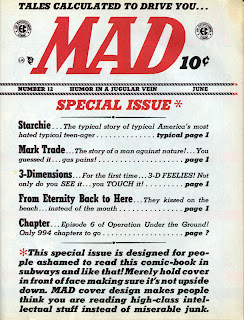 Reading the first story there's even a blurb in the upper right mocking the newly formed "Comics Code Authority", the very institution that would bring William Gaines' to change "Mad" from a comic book to a magazine a little later.  And what subject would messers Kurtzman and Elder take on to show the adultitude of their little humor rag?  A deviant super-hero comic book?  Or even horror or western or science fiction comic book odder?  Did they take on an adult scewed movie or radio program?  No, no Nanette, they took on the wholesomest of wholesome, Amercia's average teen-ager, Archie Andrews!

Archie had jumped in to MLJ comics as the super hero trend was fading and eventually nudged all of their super hero features out of their own books.  A comic book take on radio's popular Henry Aldrich program, it was all just a sign of the coming homogenization of America.  Archie had some great aspects to it too.  The art of Bob Montana and a sense of a cohesive world of it's own, but most importantly...Betty Cooper and Veronica Lodge helping millions of American boys through puberty while their Mom's thought they were still innocently reading comic books.  Here's to you, girls!!!

But never id the feature feel so adult as when the boys who would one day bring us Goodman Beaver and Little Annie Fannie, first took on "Starchie!" 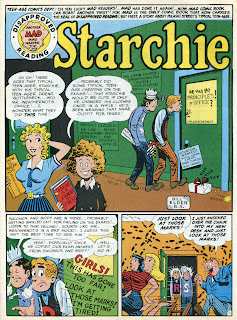 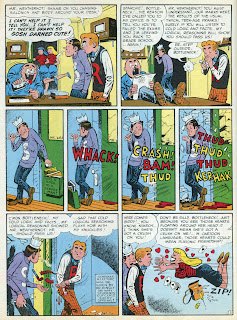 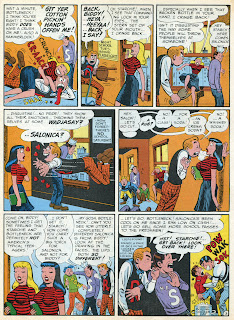 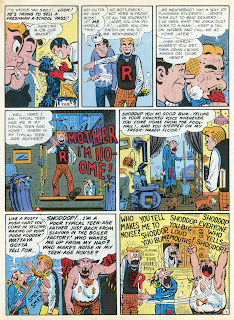 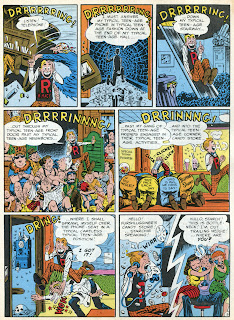 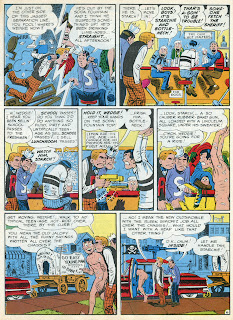 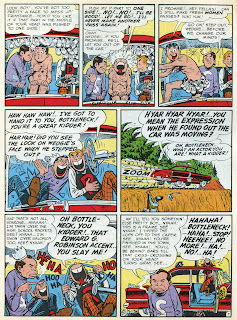 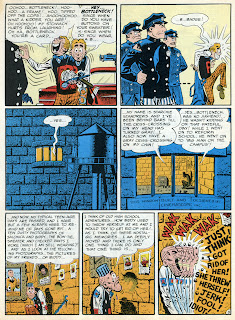 Did ya think yer ol' Unca Jeffy forgot ya? NEVER!

I SHALL get to blogging again, very soon...and until then, thanks for sticking around and here's your double dose of Al Capp's "Li'l abner" (assisted by Frank Frazetta) and Milt Caniff's "Terry & the Pirates" to sate your soul and get your Thanksgiving week started right! 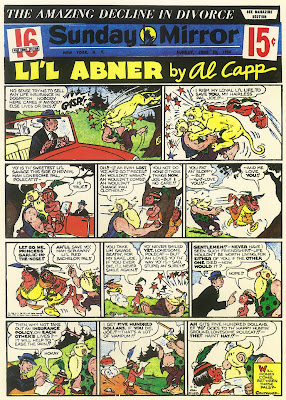 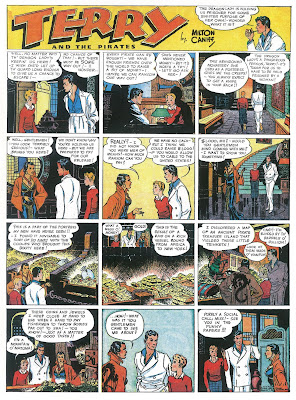 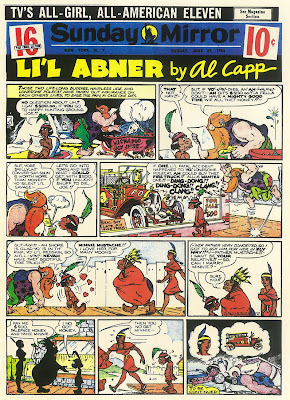 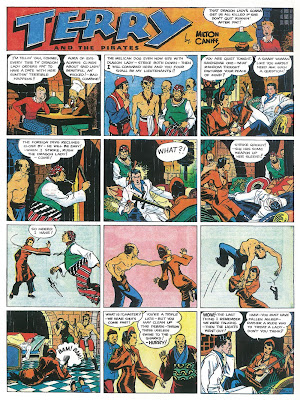 Talk to you soon!
Posted by Unca Jeffy at 7:34 AM No comments: