...or I should rather say, "Mad goes Basil Wolverton!". Mad Magazine that is...I mean...Mad, the comic book.

For those not in the know, Mad, "Humor in a Jugular Vein", that stalwart companion of all good subversive juveniles and adults for generations. "What, Me Worry?", stepping-stone to Harvard AND National Lampoon and all around funny f***ing magazine, began as a comic book. Just another book in the stable of EC Comics, famous for their lines of horror and science fiction and war comics, this was their foray into humor. Written by Harvey Kurtzman and drawn by folks like Jack Davis, Wally Wood, John Severin and Will (then just plain Bill) Elder, Mad (the comic book) debuted in 1952 and was an instant success with delinquents of all ages. After 24 issues it became the great magazine you knew as a kid and hopefully still do today, but it was a really great comic first.

Basil Wolverton only contributed to Mad about a dozen times, but his style was so recognizable and loved by the readers, he was forever linked to it. He was even once called the "Michealangelo of Mad".

His first contribution was a single panel (the last panel actually, the punchline to the whole story) in Mad #10 in an adaptation of a poem "The Face Upon the Barroom Floor" that was drawn by Jack Davis. Jack Davis is a force to be reckoned with in the cartooning world, so for Wolverton to not only add to his art, but trump it for the sake of the punch, is remarkable unto itself.

Here's the final series of panels from that story. Hurmmm. Methinks it wouldn't be a bad idea to post some of these great Mad stories in their entirety here. Huuuurrrrrrrrm.

Wolverton's big splash came with Mad #11 when he was the chosen cover artist in a parody of photo mags of the day like "Life". This is an image thats been in my head for decades and that's a tribute to basil in itself. 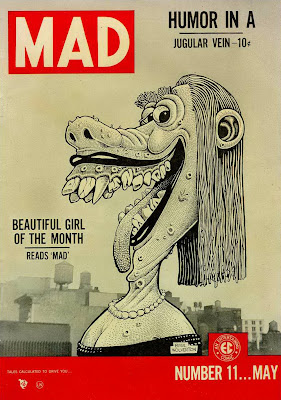 The parody is carried on with the inside cover, Basil once again sharing page space with the great Jack Davis. 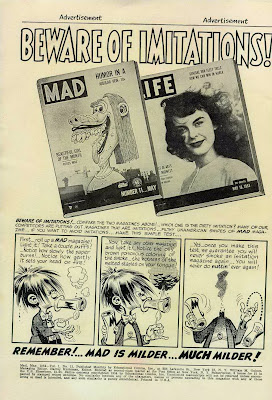 If that didn't solidify Basil Wolverton's footprints in the firmament of Mad, he also contributed art to this Kurtzman overview of the readers of Mad, "The Mad Reader".
Wolverton is fully into his "Spaghetti & Meatballs" style here. Love it or hate it, guaranteed you have an opinion of it, and that's a good definition of art.
Enjoy! 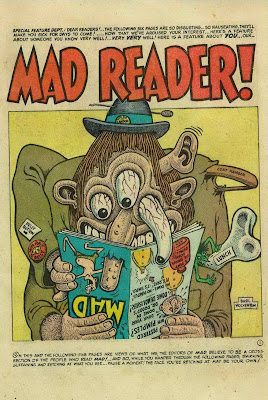 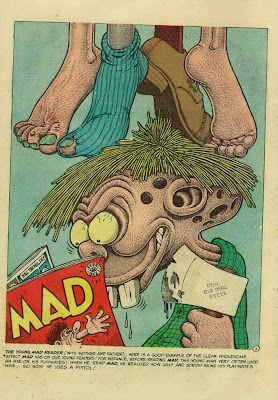 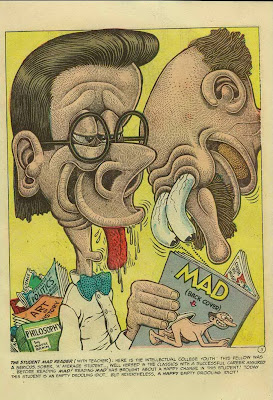 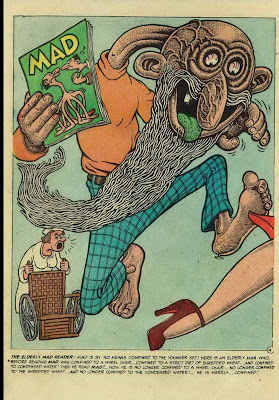 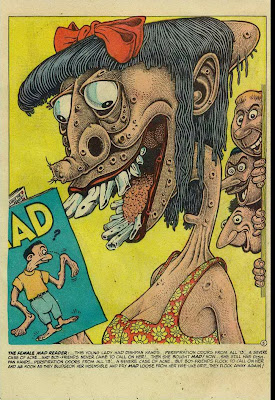 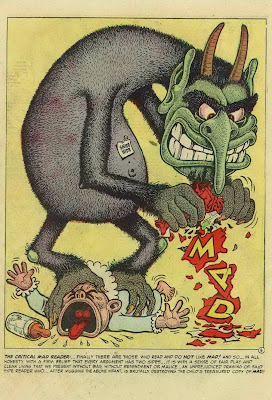 That orta take care of my wind-baggery. That Zippo lighter find made me realize just how much Wolverton I had laying around here. I'm far and away from the biggest fan he had or has and even farther from being an expert on his work, but wasn't all this Wolverton better than watching "Jersey Shore" of "Glee"?

I think so too.

By the way, my pal Mike hooked me up with the saddle stuff for Thunderbolt so I'm all set. Woohoo! All put together, it absolutely looks like a real horse.