Basil Wolverton was a surrealist cartoonist, on this we can agree. He also developed different styles along the way. Unlike alot of cartoonists, it wasn't just "a lot of styles until his own emerged" but rather a lot of his own emerged on the way to others emerging.

Over the last few days I've shared some "bigfoot cartoon" style that Basil used for his feature "Culture Corner" during the late 40's-early 50's. Here's some on Basil's indelibly unique dramatic science fiction and adventure style which he used when he first burst up the scene a decade earlier in work for Centaur. Here's "The Strange Adventures of Meteor Martin" from "Amazing Man Comics" #25. I love his rocket ships and aliens. Truly inspired stuff if you ask me. 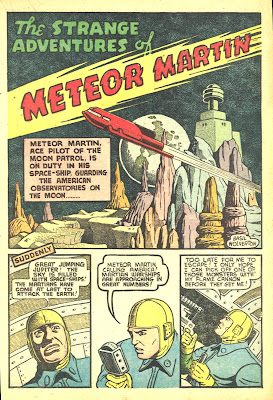 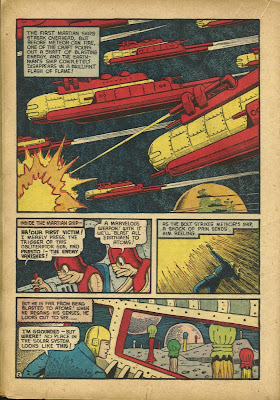 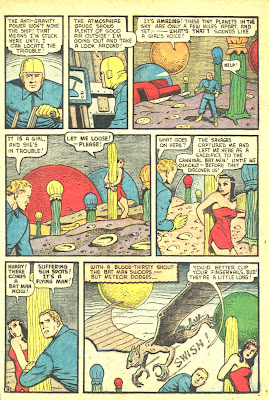 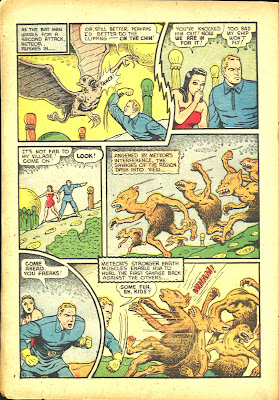 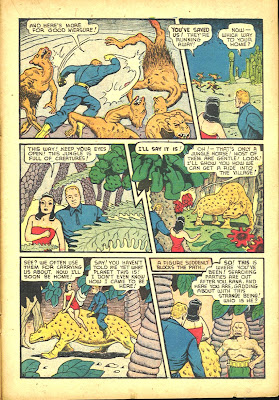 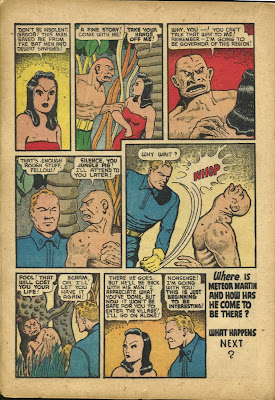 Hi¡ very interesting post, is it possible to know the year of publication of this comic? thanks¡