Thank you for your patience as I fight off the overflow of melatonin being produced in my brain as the winter solstice approaches. Now I'll treat you to some more work by Lou Fine!

As I said earlier, Lou was one of the premiere young men who jumped into the fledgling medium of the comic book in the 1930's-40's, comics Golden Age. He went to work for the Eisner-Iger studio as the packaged complete comic books for publishers. More on this long gone part of the field, as well as that particular studio on Will Eisner's post when we get to it.

The basic idea was, a studio (a group of kids with a penchant for writing and drawing adventure stories) would produce a full blown 64 pages of a comic book and sell it to a publishing company, therefore eliminating the need for the company to edit or manage any of the talent themselves. Eisner-Iger supplied most of the work done for "Quality Comics" and Lou Fine was one of the fastest artists working for them.

You'll notice that they worked under pseudonyms as well to add to the illusion of more artists working on the features. In the earlier "The Ray" story, Fine is billed as "E. Lectron" and in the following story of "The Flame" from Wonderworld Comics #6, he is Basil Berold.

Make no mistake about it though...lurking behind "Basil" and "E." was the skilled pencil of Lou Fine. Dynamic and clean composition, intricate knowledge of anatomy and poses. It's true eye candy. 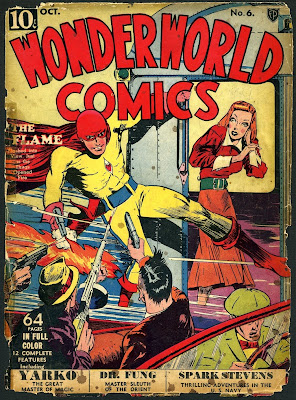 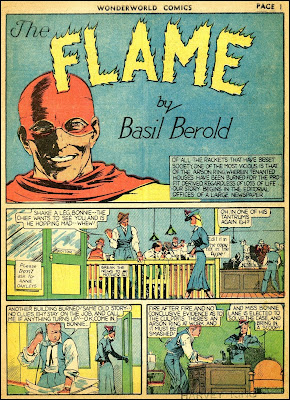 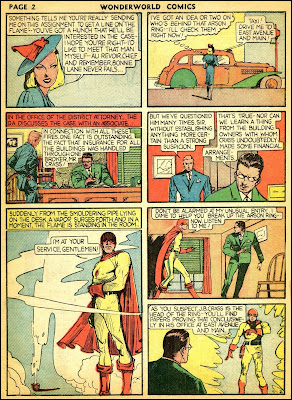 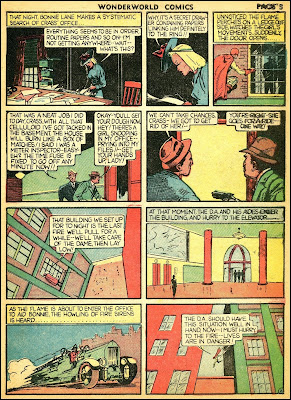 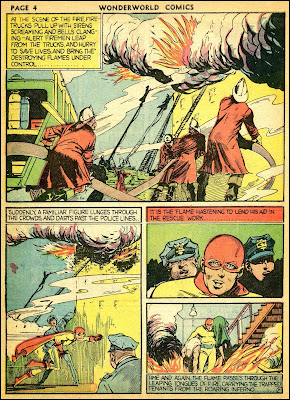 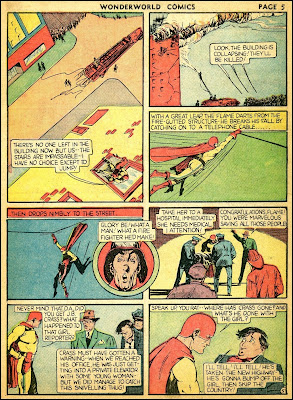 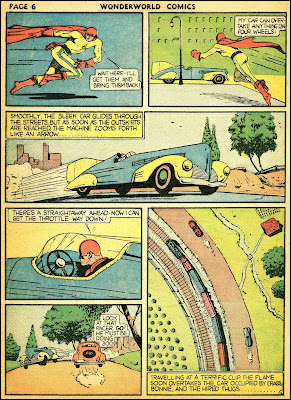 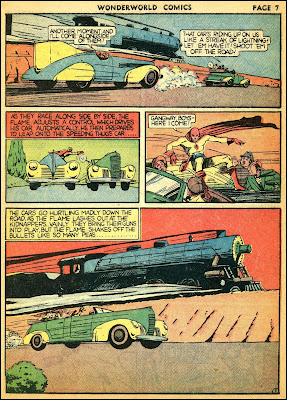 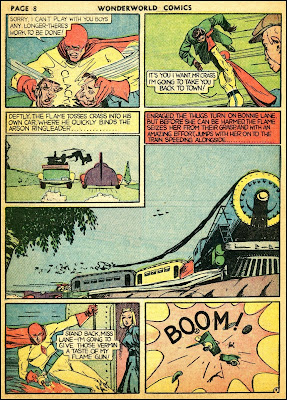 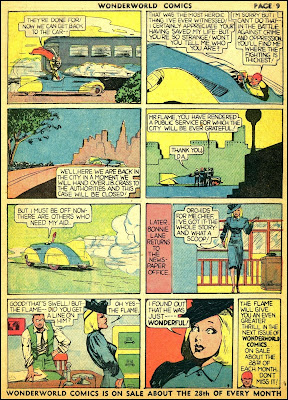 Just check out some of the great eye catching covers he did. Remember, if the cover didn't catch the eye of the reader, they were buying the next comic over.
Fantastic Comics #3 with "Samson". Just ogle the detail and dimension in those robots. Love it! 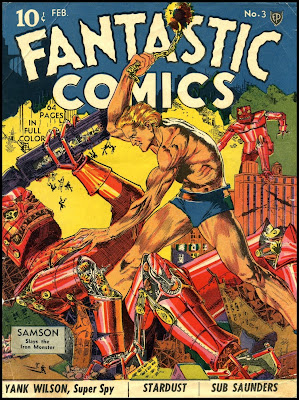 Hit Comics #5 with "The Red Bee". A superhero with a pink see-through shirt? It was a simpler time my friends. 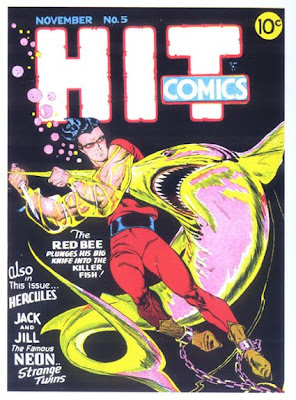 Mystery Men Comics #3 with "The Green Mask". OK...they may have been running out of cool names by this time...but just drink in the layout and clean design of this cover. A master at work. 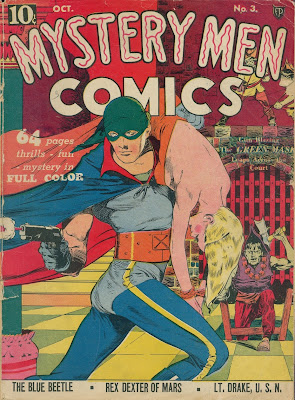 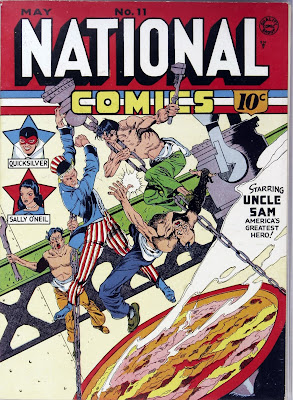 Planet Comics #42. Sexy and violent. What more could a kid ask for. 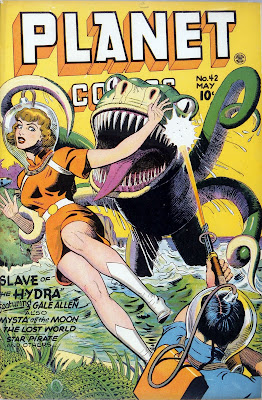 When Will Eisner (again, more on him soon) was sent off to fight in WWII, the Sunday Newspaper supplement that Eisner-Iger produced, as well as the comic book output, kept on.
Eisner himself wrote and drew the lead feature in this in-newspaper-comic-book, and ghosts were needed to keep up the weekly installments. Lou Fine and Jack Cole (creator of Plastic Man later...more on him on HIS birthday too) were the hand picked pencils for hire.
Here's a bonus for all you who waited so patiently, a "Spirit" story, ghosted by Lou Fine. 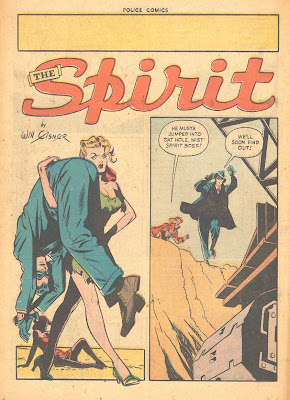 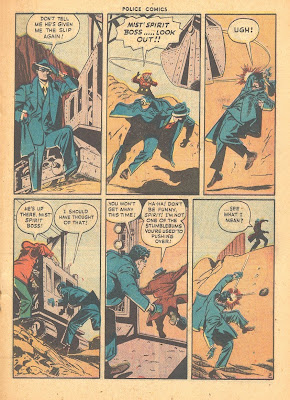 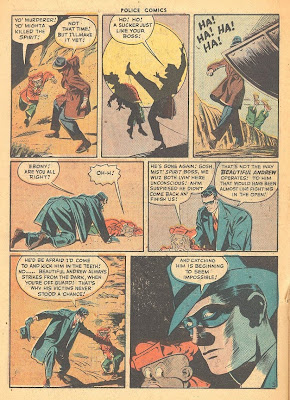 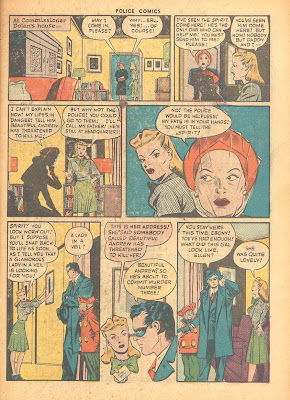 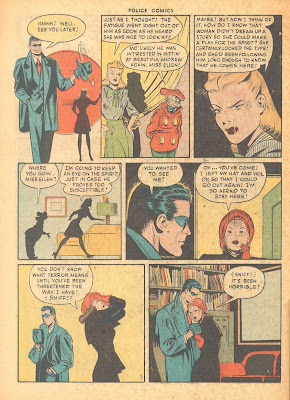 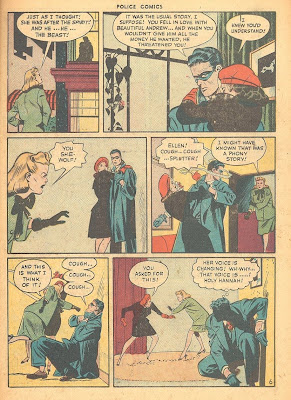 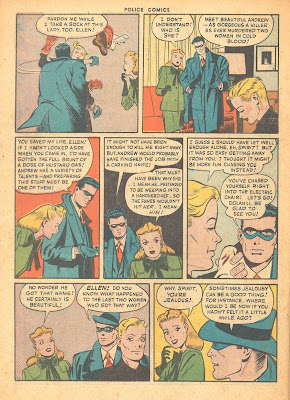 Lou later went in to advertising, as the 1950's slowed down comic book production, and his strong layout, composition and clean line all served him well.
Lou's comic book work has long been admired by his peers in the field as well as those who have come since. Jack Kirby said Lou was the best artist in the business way back in the 1940's as did Gil Kane. Today none other than super painter-illustrator Alex Ross has sited Lou Fine as being a major influence.
Thanks Lou, for making the comics look good!
Posted by Unca Jeffy at 3:08 PM