Will Elder - The Mad Cartoonists - part 11

Tales calculated to drive you..."MAD" the comic book issue 3 came rushing in in 1953 with the 3rd Kurtzman/Elder Mad confab and the story "Dragged Net"! 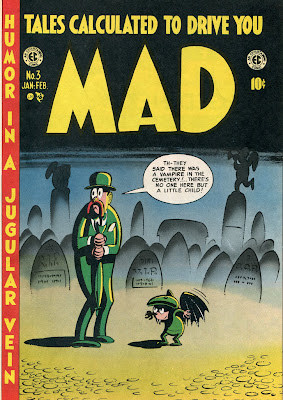 By even this early issue, Kurtzman and the boys had moved on from simply spoofing their own comic book work, and any and all pop-culture entities were fair game. Dragnet had begun on radio in 1949 and leapt to television by 1951. No fanciful policework here, Jack Webb's crime drama was produced with hard cold reality in mind.

And what better thing to mock than someone who takes themselves too seriously?

Of course if you know anything at all about Jack Webb, you know he didn't take himself seriously at all. He took the stories and work of police men and women seriously, but knew all along that he was fair game.

He was probably a big fan of this story.

I think you will be too. Just look at all of the "chicken fat" that Elder crams in here. It's as gritty as a dragnet episode. 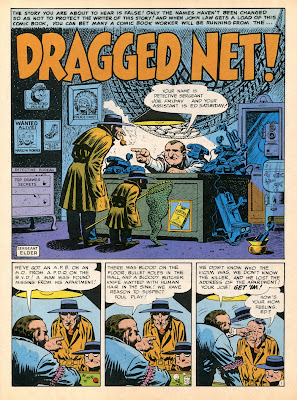 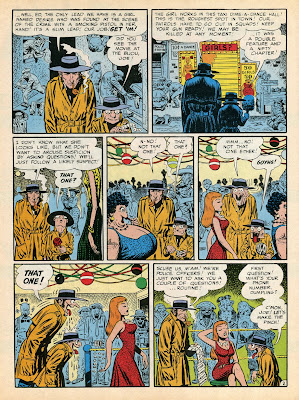 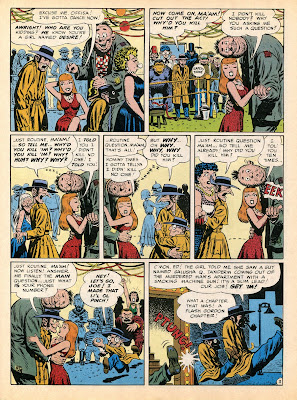 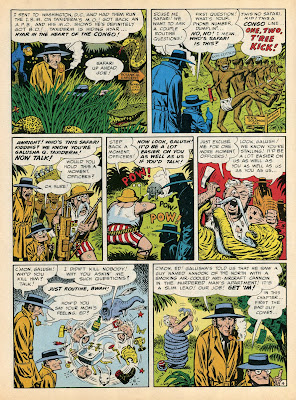 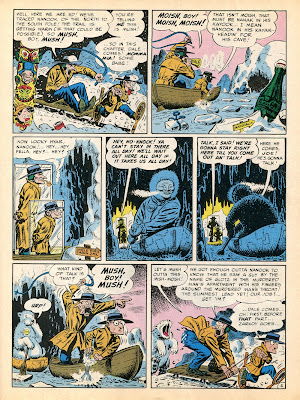 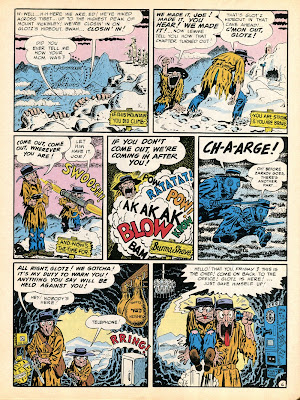 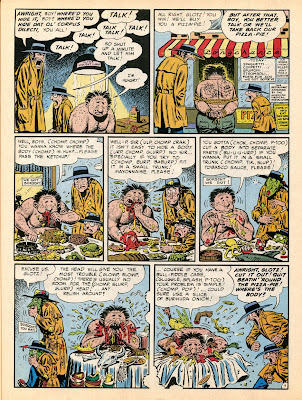 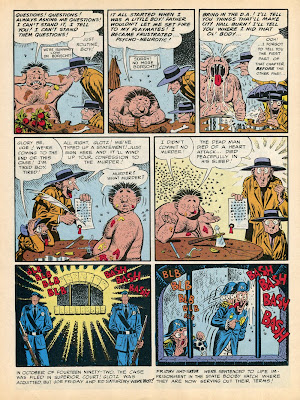 Will Elder's comics are always a treat. Do yo have that Will Elder book called Chicken Fat?

No I don't, but I've been hearing through Kickstarter and Facebook there is a documentary in the works about Elder called "Chicken Fat". They reached their financial target last week and the other day they were here in L.A. interviewing Hefner and a few other folks. Sounds very promising.